The James Reserve Needs your Help

One of the Greatest Climatic Events in Reserve History —

The James Reserve was hit hard by one of the most intense climatic events in recent history!

And it keeps raining and snowing!

While we have been long awaiting precipitation, the amount and rate of rain and snowfalls caused serious road damage, which has restricted access to and from Idyllwild and has completely blocked access to the James Reserve.

The thawing snow pack heightened the impact of the rapid rate of rainfall.

Consequently, the rains and snow caused oversaturated soils, mudslides, rockslides, and raging waters that washed SR243 and SR74 away in several spots. As rain and snow continue to fall, the soil remains saturated and will continue to deteriorate support for the highways.

The only access point to the James, SR243, collapsed about four miles both north (Fig.1.) and south of the Reserve resulting in completely isolating it from vehicles. Caltrans officials estimated in February that repairs would take at least two months. 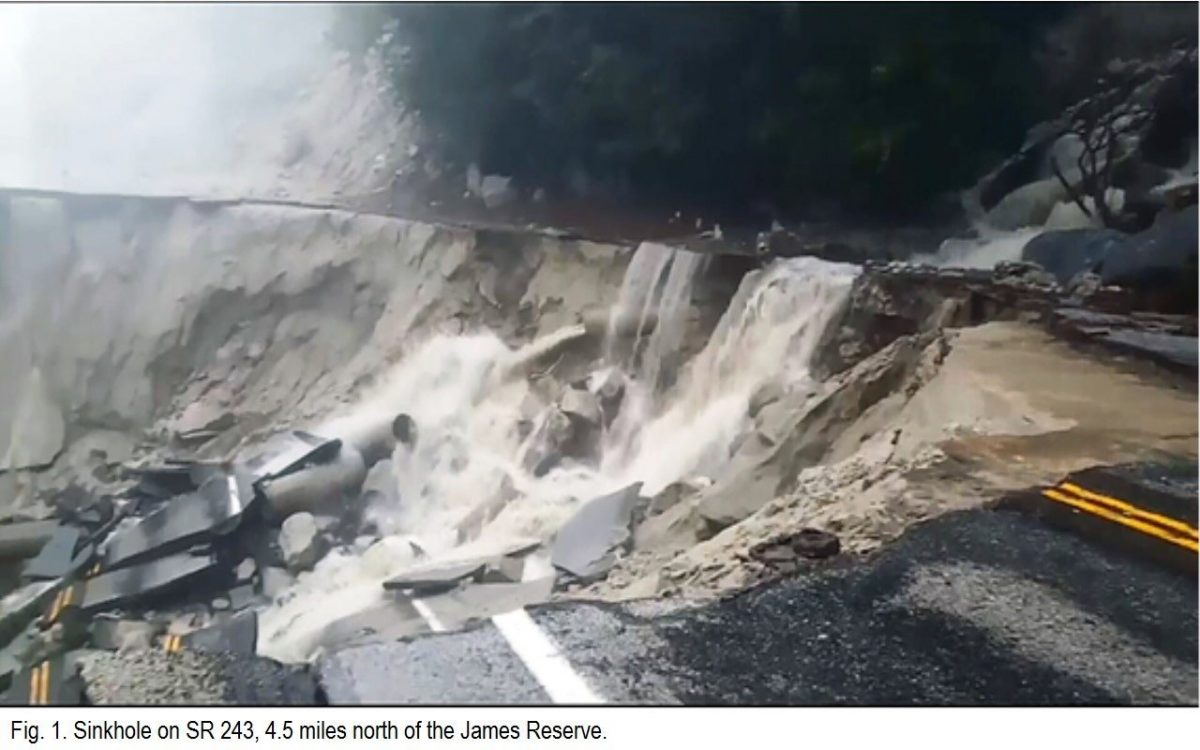 On March 3, we were finally able to make the 9-mile round-trip hike to the James to perform a preliminary assessment of the damages resulting from the storm. Unfortunately, we found significant damage to the main bridge (Fig. 2.), the main waterline and power line, the road, and some other less important structures. It was only our first quick survey trip and we cannot exclude the possibility of finding more damage. 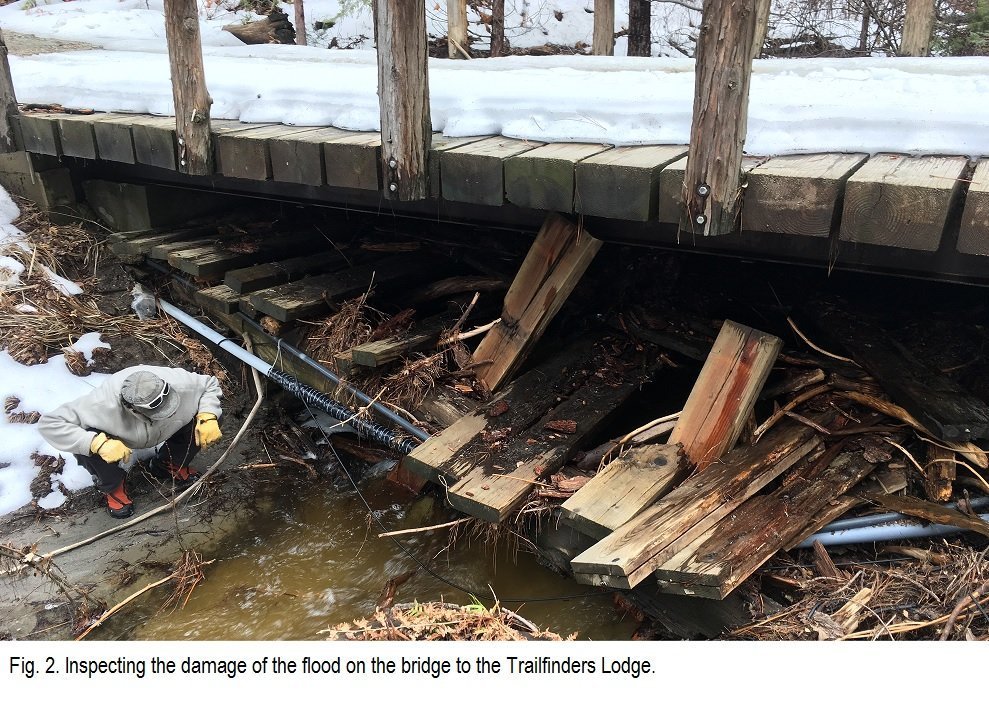 The James carries on and we are working hard to get back up and running. Andrea is up for the challenge and even seems to enjoy the fact that some repairs require immediate attention and must be attended to by accessing the James by foot. The payoff for the storms is well worth the inconvenience. It promises to be a spectacular year for the flora and fauna at both the James and Oasis de Los Osos Reserve.

“The staff at the James Reserve are thankful for support from the University of California Systemwide office for the Natural Reserve system, the UCR Natural Reserve System office and staff in the EMN unit at UCR”.

How to Help — Flood Relief Fund

If you wish to support the James Reserve as we make repairs to re-open, you can make a donation in the following ways:

To make a gift online, please click on HERE

To make a donation by check, please make checks payable to the “UCR Foundation” and write in the memo line “James Reserve-200330.” Do include a note if your gift is in honor or in memory of a friend or loved one. Mail checks to the UCR Foundation, PO Box 112, Riverside, CA 92502-0112.

If you have any questions about donating to the James Reserve, please contact Dr. Jen Gee (email: jengee@ucr.edu). Unfortunately, we do not have access to our offices and telephones at the James Reserve, and are unable to respond to telephone messages, but we will answer emails.

Any gifts in excess of the repair costs will be used for other projects, maintenance, and operations at the James Reserve.

Thank you for your continued support and generosity in preserving this special place!